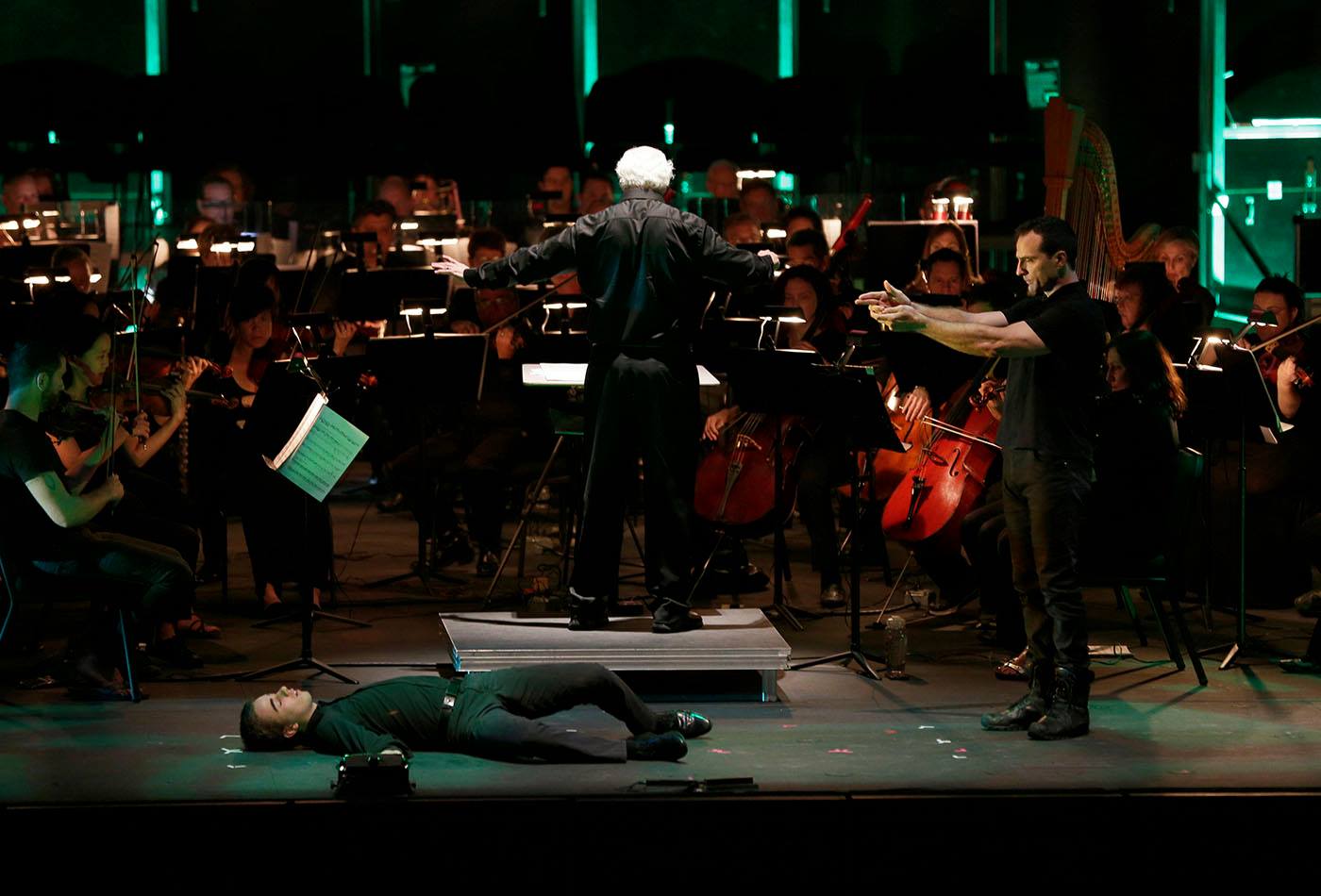 Kathryn Gould/Meet the Composer through the Magnum Opus project

The inspiration for Symphony No. 3 came from Icelandic singer Bjork’s album Vespertine. I first became acquainted with her music and this album in particular when I saw the video of the song Pagan Poetry (track 5 on the album) while watching television in Rome a couple of years ago. Stunned initially by the intensity and great variety in Bjork’s voice, I also found myself drawn to the dazzling array of sounds supporting her, the stark contrasts between fragile, transparent timbres and rich, lush orchestral and choral textures. I was also impressed by the delicate balance, in both the lyrics and the music, between eccentricity and universality, between the quirkiness of personal experience and the expression of themes to which we all relate. This balance is reflected by the ever-changing quality of Bjork’s voice itself, which can turn from brittle, unstable and almost child-like to bold and powerful within just a few notes. It would be impossible to accurately reproduce Bjork’s voice using orchestral instruments, and I thought it might be somewhat gimmicky as well. But I wanted to create an impression of her improvisatory, jazz-induced, and utterly distinctive melodic style as filtered through my own aesthetic. While no quotations exist in my piece, every melodic line reflects at some level the contours and motives of Bjork’s singing style.

Once I began composing, I realized I was thinking about the orchestra in groups of instruments, or “symphonies” (to use Stravinsky’s term from his Symphonies of Wind Instruments) which always play together. At the opening, for example, I combine celesta, harp, vibraphone, and orchestral bells to create the illusion of a music box, a sound so ubiquitous in the Vespertine album that it could almost be considered thematic.

The work is in three movements, and I was given permission to attach a small quote from the lyrics of Vespertine to each. The first movement (“through the warmthest cord”) combines elastic, lyrical melodies with the mechanistic, bell-like nature of a “music box” which begins and ends the movement. The second (“I have a recurrent dream”) is very quiet and fast, lasting around three minutes. Its mercurial nature contrasts the slow evolution of the outer movements. The elegiac third movement is the longest and most substantial and was inspired by the song Undo from which the quote “it’s not meant to be a strife” comes. It begins with a boldly-stated melody in the strings, “smeared” acoustically by the brass and winds. The melody gradually ascends to the violins’ highest register, where it then splinters into two voices and cascades. Much of the music in the third movement represents a development and fantasy-like exploration of the melodies, motives and textures introduced in the first movement. A passage for two solo cellos introduced in Movement I essentially achieves fruition here and culminates in an extended, unaccompanied cadenza. While the first movement communicates intimacy and warmth, the vast, cosmic nature of the last movement suggests letting go and giving over to ecstasy.

Symphony No. 3 was given its premiere in its original version (entitled Vespertine Symphonies) on May 2, 2004 by the Marin Symphony under the direction of Alasdair Neale. It was revised extensively thereafter, and its current version was premiered by the New World Symphony on May 7, 2005 under Alasdair Neale.