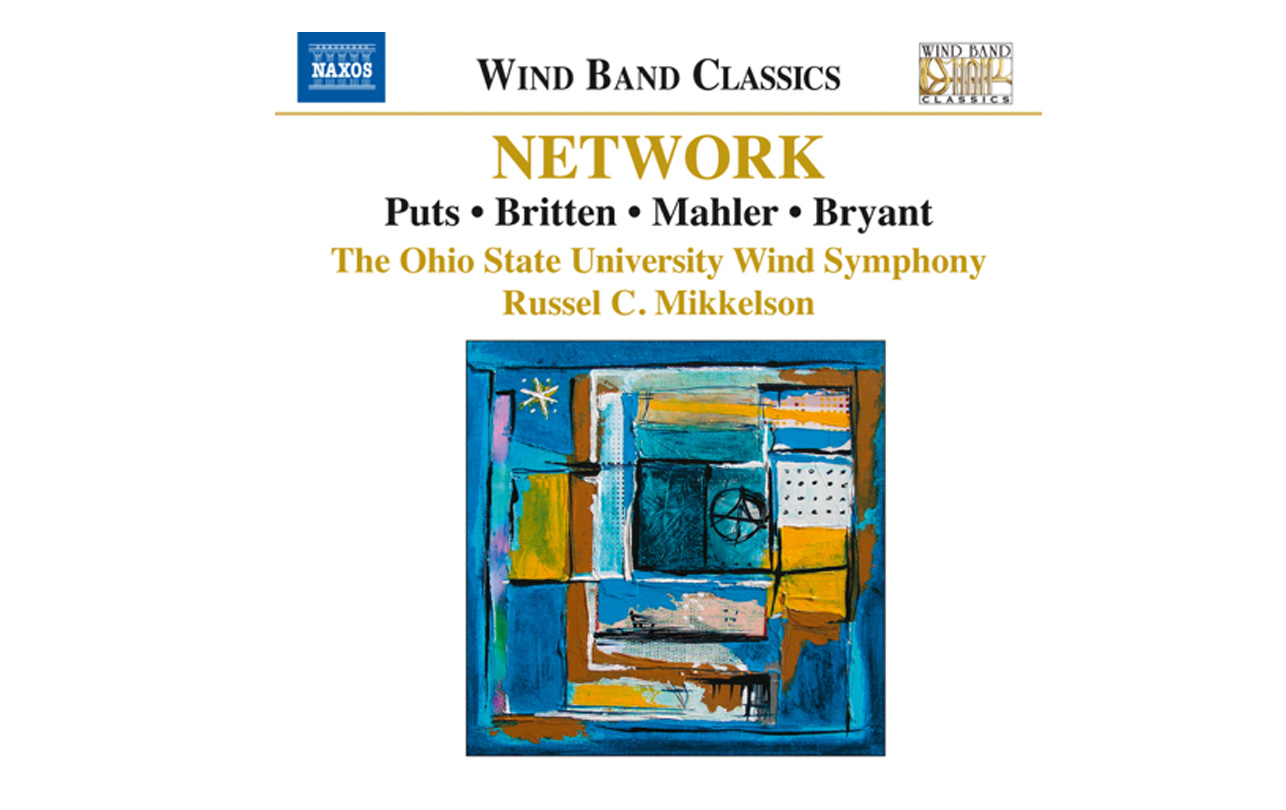 Though Puts says he has since adopted a more lyrical and Romantic style, his sparkling, prismatic Network “represents the fascination I had while still a student with “minimalist” and “post- minimalist” composers (like Steve Reich, Phillip Glass, and John Adams) and the great beauty, freshness, and rhythmic energy of their work.” He describes this six-minute work in more detail:

“Network is a short, explosive fanfare that uses a recurring eight-voice canon of busy sixteenth notes to generate all the music in the piece. It is as if this “network” of melodic lines is always happening in the background, but only pieces of it are actually played at any given moment by the instruments in the orchestra. As I add sharps or flats to the canon at various places, the color of the harmony changes and demands changes in the orchestration, and these harmonic changes and the variations in orchestral sound that accompany them determine the shape of the piece.” The resulting effect is as though different colored lights were pulsing and flashing off and on throughout the sections of the orchestra.

Kevin Puts adds that, though his more recent compositions are often inspired by external events or by something he has read or heard, Network “wasn’t inspired by anything in particular. It is driven by the pure enjoyment of chords and rhythm and orchestral sounds.”