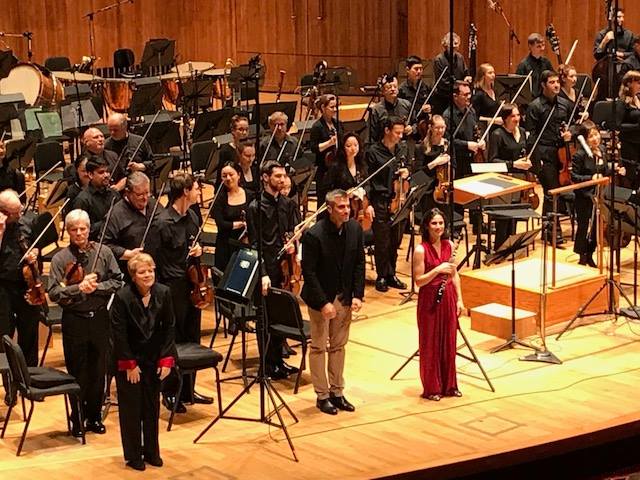 Immediately following her performance of the beautiful Oboe Concerto of Christopher Rouse at the Cabrillo Festival of Contemporary Music in August 2016, I approached Katherine Needleman about doing a project together, and to my great delight she was enthusiastic.

The piece was written in the wake of the 2016 presidential election, during a time of great upheaval and division in the country and—for me—a profound feeling of disillusionment. I floundered for several months, searching for inspiration until the discovery on a cross-country flight of the 2016 film Moonlight in the in-flight entertainment guide. I found it exquisitely made, and the film’s demonstration of tolerance and compassion in the midst of a tough environment stayed with me for some time, giving me cause for hope.

My concerto is in three parts, played without break. I call the first movement (and the whole piece) Moonlight, because…why not? Beethoven did it. Or his publisher did. Anyway, I heard this opening music every time I thought of the film, though it does not sound like the soundtrack to the film (which I loved, by the way).

The second part, “Folly”, is driving and sinister, at turns threatening and grotesque, obsessively hanging onto a repeating two-note motive throughout.

The third part follows a short cadenza for the oboe out of which a long-breathed melody emerges. Theodore Roethke wrote “In a dark time, the eye begins to see.” I continue to strive for vision and understanding in the midst of our great national division.

My most sincere gratitude and admiration go to Katherine Needleman for her guidance in shaping the oboe part, and to Bette and Joseph Hirsch for their friendship and generous support for this project. And as always to Marin Alsop for her belief in my work.