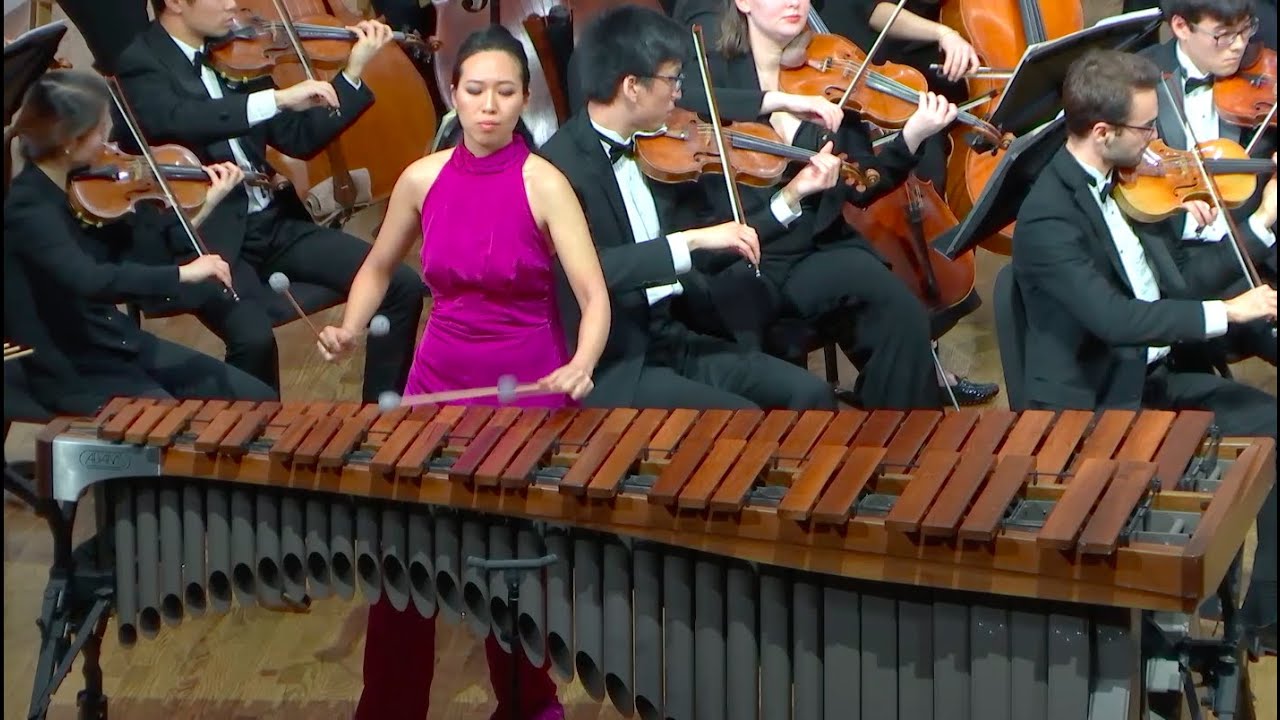 Vermont Symphony Orchestra and the Kobe Ensemble of Japan

Marimba Concerto reflects my love of Mozart’s piano concertos, works with instrumentation similar to that of this concerto, i.e. a keyboard instrument with chamber orchestra. I decided to write a piece which is lyrical throughout and to feature the marimba in both melodic and ornamental roles. The influence of Mozart lies mainly in the relationship between the soloist and orchestra, one of near equality in which the marimba continually interacts with the instruments of the orchestra.

The work is comprised of three movements - fast, slow, fast - like a Mozart concerto, and each movement bears a subtitle taken from the poetry of my aunt, Fleda Brown. They are: I. “...terrific sun on the brink” (Flowing); II. “...into the quick of losses” (Broad and Deliberate); and III. “...logarithms, exponents, the damnedest of metaphors” (Presto non troppo). The overriding message is one of optimism and exuberance.