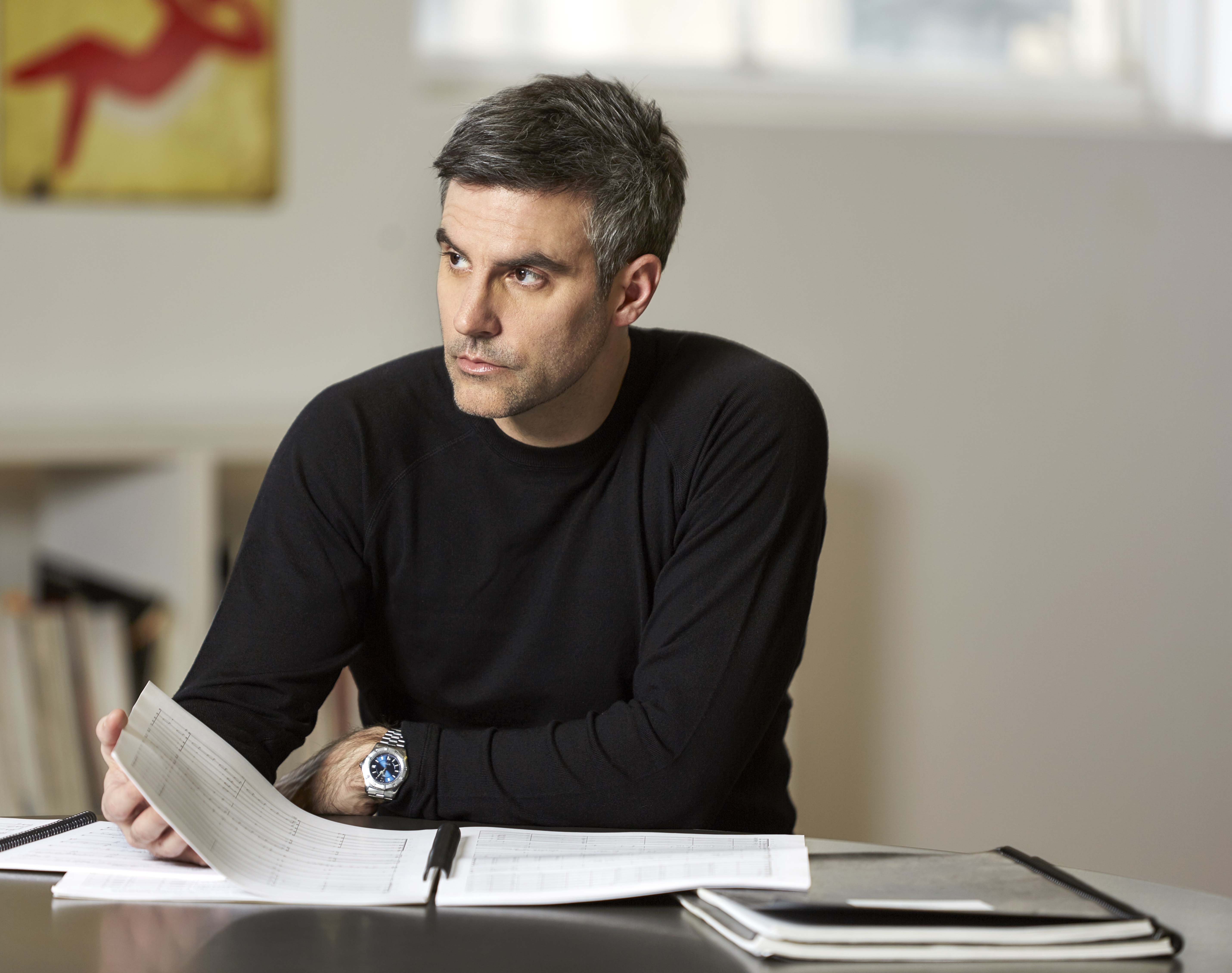 for clarinet, violin, cello and piano

Living Frescoes was inspired Bill Viola’s 2002 art installation Going Forth by Day, a series of five looped digital “frescoes” which explore themes of human existence: individuality, society, death, rebirth. The title of the work derives from a literal translation of the title of the Egyptian Book of the Dead, "The Book of Going Forth by Day", a guide for the soul once it is freed from the darkness of the body to finally "go forth by the light of day." Viola acknowledges the influence of Giotto's fresco cycle in the Scrovegni Chapel in Padua, a Renaissance work that, like Viola's installation, occupies an architectural space through which the viewer may physically pass. Commissioned by the Deutsch Guggenheim in Berlin, the work was also on display at the Guggenheim Museum in New York in Fall, 2002. Excerpts from Viola’s own descriptions of the five panels follow below:

Fire Birth – A human form emerges from a dim submerged world. A body swims in the fluid of an unconscious state between death and rebirth. Orange rays of light penetrate the surface of the water, coming from the previous world, which ended in fire. Now, illuminated by the light of prior destruction, the human essence searches for a way through this underwater realm. It seeks the material form and substance necessary for its rebirth.

The Path – It is the time of the summer solstice high in the mountains. The early morning light reveals a steady stream of people moving along a path through the forest…There is no beginning or end to the procession of individuals—they have been walking long before we see them here, and they will be walking long after they leave our view…They move in an intermediate space between two worlds.

The Deluge – A stone building, newly restored, stands in the clear light of the autumnal equinox. People move along the street immersed in the flow of day-to-day events…Families are leaving their homes, people on the street carrying personal possessions, all actions become colored by an increasing tension in the community.
A final moment of panic ensues as individuals rush to save themselves. The last ones, in denial of the inevitable, have waited too long in the security of their own homes. Now they must run for their lives as the deluge strikes with full force at the very heart of their private world…

The Voyage – It is late afternoon at the time of winter solstice. A small house stands on a hill overlooking the inland sea. Inside, an old man lies ill on a bed, attended by his son and daughter-in-law. Outside, another man sits by the door keeping vigil. Down by the shore, a boat is slowly being loaded with the personal possessions of the dying man’s home. An old woman waits patiently nearby.
After some time, the son and daughter-in-law must depart, leaving the old man along with his dreams and fading breath. His house, container of lives and memories, is closed and locked. Soon after, the old man reappears on the shore and is greeted by his wife, who has been waiting for his arrival. The two board the boat, which departs, carrying them and their belongings to the distant isles of the Blessed…

First Light – It is dawn on the morning of the vernal equinox. A team of rescue workers has been laboring all night to save people in a massive flash flood in the desert. Exhausted and physically drained, they slowly pack up their equipment as the dawn light gradually builds and the emotional impact of the night’s events deepens. A woman…silently waits, filled with fear and fading hope for the fate of a loved one, her son, who will never return.
Eventually, the exhaustion and distress take their toll and, one by one, the four remaining individuals drops off to sleep. All is still and calm. Then, a disturbance appears on the face of the water and a young man’s face emerges. He rises up, limp and dripping wet, and floats up into the sky. The drips falling off his body turn to rain, waking the sleeping people. Unaware of what has happened, they move to gather their things in the downpour…The rain subsides and the light of a new day shines brightly onto the rocks and hills.

The piece is scored for clarinet, violin, cello and piano, the combination of instruments made famous by Messaien’s Quartet for the End of Time. It is comprised of five movements corresponding to each of Viola’s five projections. A rather ghostly, transitional music which I call Going Forth, is interwoven throughout these movements and also serves as an introduction. This music functions in a way similar that of the returning Promenade from Mussorgsky’s Pictures at an Exhibition.

While in many ways my musical “take” on the five projections closely mirrors the expressive intent Viola likely had in mind, I often find my own meanings. For example, I saw The Path simply as “the journey of life”, which may not reflect Viola’s intent. In general, the demands of a piece of music, in which the audience must remain bound to their seats from beginning to end, differ from those of an art installation, in which one can move at one’s own pace from image to image. Rather than attempt to write music that exactly corresponded to the narrative of the projection, I let the music go where it needed to and, in the broadest sense, to tell a story of its own.