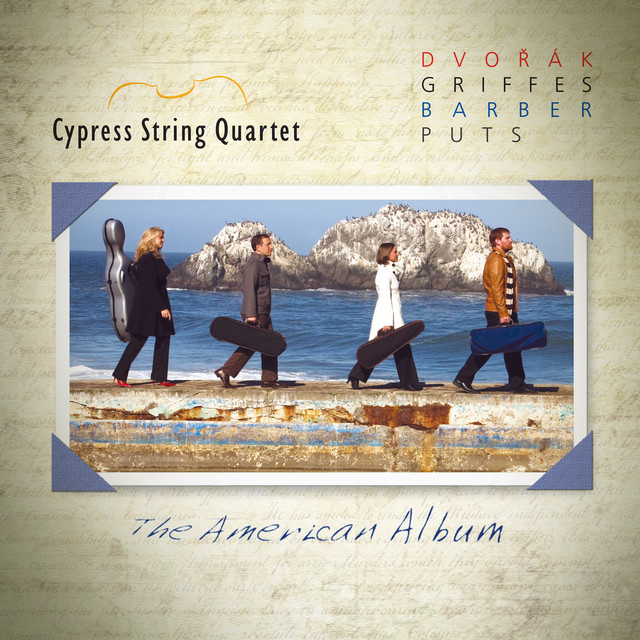 Cypress Performing Arts Association in conjunction with the Lied Center of Kansas, the Mendelssohn Performing Arts Center and the Elizabeth Sprague Coolidge Foundation in the Library of Congress

Lento Assai was commissioned by the Cypress Quartet as part of its Call and Response commissioning project, a program through which composers write works inspired by masterpieces in the standard repertoire.  My piece was to be placed between Beethoven’s Quartet op. 135 and Mendelssohn’s Op. 13 quartets.  Like Mendelssohn, who drew deep inspiration from the late quartets of Beethoven and in some cases quoted them literally, I found a wellspring of ideas flowing from the slow movement of Beethoven's Op. 135.

Beethoven begins this movement with the introductory building of a D-flat major chord followed by a haunting melody played by the first violin.  The first several minutes of my piece can be heard as an expansion of these two ideas.  I begin in exactly the same manner and then elaborate on Beethoven’s opening by continuing to build chords of my own in a “glacially” deliberate manner.  Once returning to D-flat, my melody begins like Beethoven’s and then takes its own path.

I also managed to work in a curious “dotted-rhythm” idea in the parallel minor of C-sharp.  This serves as the middle section of Beethoven’s piece; in mine it forms the accompanimental basis for an angular melody which contrasts the smoothness and scalar nature of the main melody.

As in several of my recent works, my intention— by way of the meditative quality of much of this piece—was to create a kind of musical refuge for the listener, a temporary place of peace and tranquility.  I suspect my continuing desire to pursue this type of expression led me toward this particular moment in a Beethoven masterpiece of many great moments.