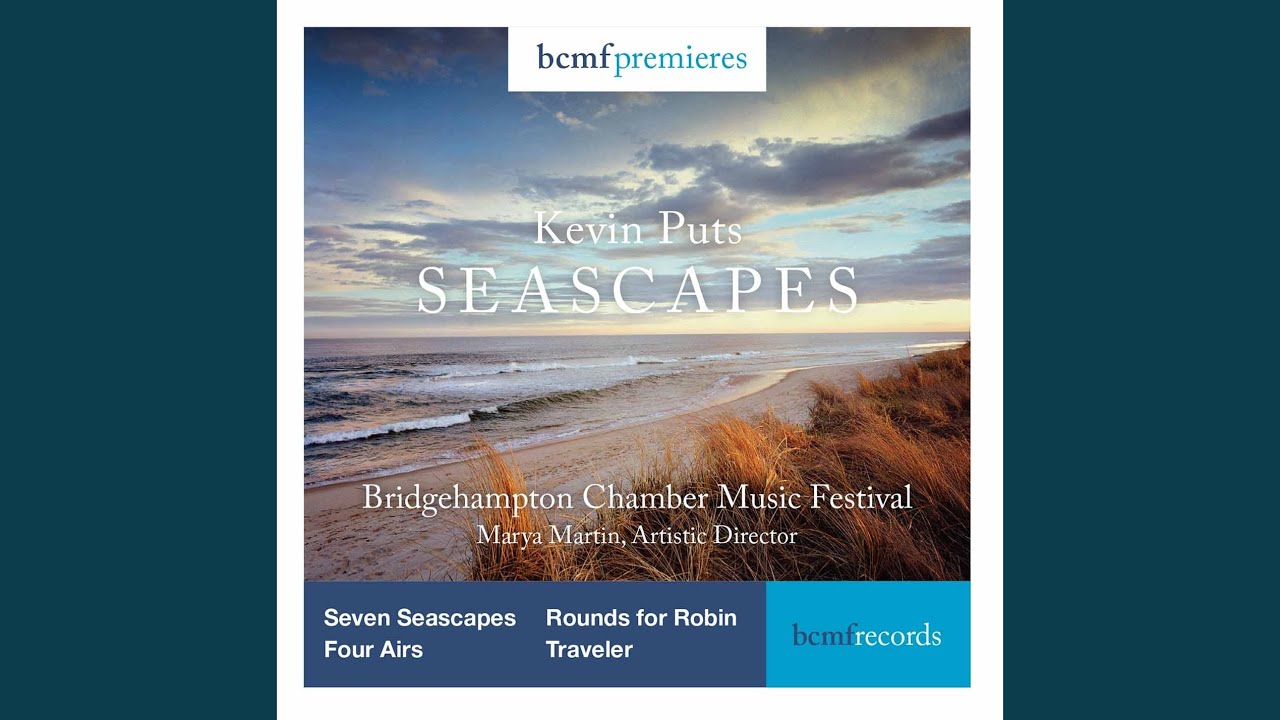 Commissioned by Music from Angel Fire, Four Airs was composed in the summer of 2004 and premiered in September of that year. Each movement features only one instrument with piano accompaniment, the most substantial being the second Air, for cello and piano. The opening bears a strong Baroque influence, though the simple “short-long” motive in the piano recurs incessantly throughout the movement and may have its roots in the second movement of Ravel’s Gaspard de la Nuit, Le Gibet. Rising parallel harmonies provide a background for the darting, jazz-induced figurations of the flute in movement one, and the unmistakable Baroque nature of the last section leads into the cello movement. The third Air, for clarinet, contrasts the linear melodic nature of the cello movement by virtue of its angular leaps and rhythms. Eventually settling into rich piano harmonies, it leads naturally into the final movement for violin and piano. Previously titled Aria, the movement takes its soaring, rhapsodic tune from another work of mine, Arches for solo violin.