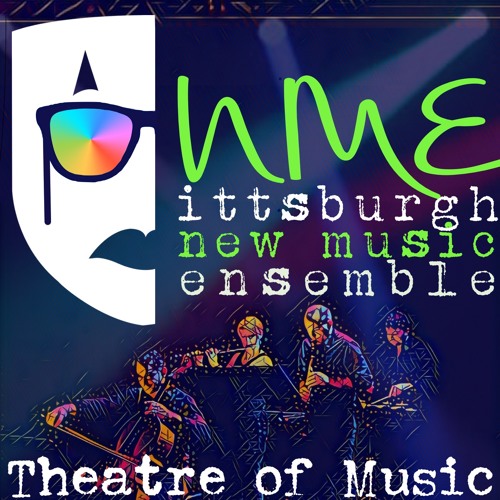 In the summer of 2001, I talked to Fleda Brown about the idea of a project involving a set of poems written especially for use in a musical composition. I had just been asked by Kevin Noe to write something for the Pittsburgh New Music Ensemble, and my idea for a vocal piece was as intriguing to him as it was to me. I have set Brown’s poetry in the past. Fishing With Blood, for soprano and orchestra was written as a sort of “senior project” while I was an undergrad at Eastman, and a couple of years later I set two more poems of hers, Arch and Kitty Hawk for mezzo-soprano and piano. But the idea of a real collaboration from the ground up, so to speak, was a new one.

The current poet laureate of the state of Delaware, Brown is the author of four books of poetry, which include several poems on historical figures such as painters, artists, writers and the like. She has written on O’Keefe, Edward Hopper, Chagall, Emily Dickinson, and even Elvis Presley, with humor, poignancy, and beautiful lyricism, and I wondered what would be the result if she chose a subject for whom her voice was seemingly at odds. I mentioned Einstein (we were limited to male figures, since Kevin Noe had already raved to me about baritone Timothy Jones and then contracted him for the piece!) and she didn’t seem to respond at once to the idea. So I left for the American Academy in Rome (where I have spent the last year) and a few weeks later I learned that she had read several biographies on Einstein and had almost completed the first draft of a manuscript. We talked by phone about the shape of the piece and I decided it was best to simply let her write and I would worry about the musical form it would take later. I wanted her to be able to publish the poems exactly as she saw fit in poetry journals or as part of a future collection, and I didn’t want her to feel encumbered by the considerations a composer must make with regard to rhythm, pacing and proportion. I do remember saying that I hoped the audience would get the sense of a large-scale narrative arch and an almost operatic sense of completion by the end of the work.

She gave me the complete set of nine poems a few months later, and after playing around with it for several weeks I realized that its musical trajectory ought to be something very different than that which a set of nine discrete poems immediately suggests. Perhaps it’s just that I have become so weary of the song cycle, the kind of piece where you sit there in the audience and check off the poems as they go by, praying the next one will be set at a fast tempo! Or maybe it’s my current interest in broad, expansive musical forms that led me to the belief that Einstein on Mercer Street was particularly well-suited to a division into three large parts. I heard the first poem as an introduction in every possible way, but I didn’t want to interrupt the flow of the music before carrying on to the second poem. I imagined the ends of many of the poems spilling into the beginnings of others. So there are only two breaks, after Poem II (“...the mathematics we made of our marriage, / against the emptiness”) and after Poem IV (“...vast, primordial energy / you can never put your hands on again”) which in many ways feels like the climax of the piece. Poems V and VII are spoken, and another poem originally existed between what are now V and VI, but I felt strongly that “and in Germany, Hitler rose up / like all my dreams of deformed children, / children sinking in the waves, children lost” needed to flow directly into “I note the universe goes from order to disorder”, at least in a musical sense, and Brown ultimately decided to cut this poem from her manuscript as well.

Because there are places where I have rearranged the order of the text or even cut a line here or there for the sake of musical continuity, I have printed Brown’s manuscript below in its original version.

While a student at the famous Polytechnic at Zurich, Albert Einstein fell in love with the only woman in his class, a Serbian named Mileva Maric, who at first was able to keep up with his mind. They talked physics and declared they’d never settle for a bourgeois life. Their first child, Lieserl, was born before Albert decided they could marry. They either gave her away or she died. Nothing is known about her.

They had two other children before their divorce. By this time, Mileva had given up her career and had sunk into a severe depression. A few years later, Einstein won the Nobel Prize and—even though he was married by then to his cousin Elsa—he sent Mileva all the prize money. Twenty-three years later, after Einstein had become a U.S. citizen and a professor at Princeton University, the United States dropped the first atomic bomb on Japan. Einstein had nothing to do directly with the development of the bomb.

Ah, Mileva, it’s always you I turn to
in my thoughts, on my walks down Mercer Street,
lone old lump inside my gray raincoat,

the parabola of my felt hat.
They keep me like a Kubla Khan
at Princeton. My floating hair they talk of:

His floating hair. Beware! Beware!
Weave a circle round him thrice.
Reporters flash in my face. Even the bomb,

they claim, was my idea. One marketable God
of the Intellect, they want. But what they catch—
each shot’s a different man.

Put them together, flip quickly,
and I’m still, I swear, the man you once
thought: a motion picture, a wave, a music,

a disturbance in something else. In you,
maybe, as you are in me. As if I’d never
left you. A man never loses the woman

he has children with. Even dead.
It’s the hope—what we thought we could be—
that hangs like a moon

over the field of my losses.
Oh my Dollie, my schnoxel, this is your
Jonzerel-silly-names, fastened to you

by my nerve-endings. We were going to fly
so far outside the gravity of the bourgeoise,
we would remain all thought, wit, music—

eternal students, the “we” of significant work,
ein Stein, one stone. Then it all felt like stone.
Now I talk to myself.

Still, somewhere inside the so-called ether,
I feel you listening—dark, peevish
as always, your intelligence rasping like wire

against mine. Somewhere I’m still
playing Mozart—in spite of you—half the night,
a fool for him, and Bach, their harmonies,

their unfailing return after infinite variations
as if the starting point were all time sucked inward,
or some anthropomorphic God were calling

eternity back into this intersection with friends.
Three Divertimenti: clarinet, piano, me on violin,
the children asleep, you my angry Mileva

curled in shadows, what we each called love, I guess,
the mathematics we made of our marriage,
against the emptiness.

It appears that the universe bends toward
itself, a geodesic dome,
two hands, fingertips touching like a person

in thought. If I moved faster than light, I could
draw the bow back
into the music’s mouth, rewind data.

Never allow, for instance, that monstrous
nuclear heartbreak, not my invention—
it was the math that got pushed so far

off the edge of reason.
Where were you? Turning back, giving up
your books, no longer able to follow me.

Rewinding: Up through swirls of snow, switchback
turns, precipices, up to Splügen Pass.
You brought opera glasses

and my blue nightshirt. Heads touching as one,
we studied a snowflake, fractal,
circular. At dawn we sent snowballs down the slopes,

imagined the village below, avalanched.
Always we had to oppose, to disturb!
The disturbance of pregnancy, then:

our atoms inexorably carrying on.
I withdrew, as I do, to follow a thought.
Even then I guessed the extremes things could come to:

the snowball chain of split nuclei
that can start forking through Plutonium,
doubling, quadrupling from one generation

to the next in millionths of a second, releasing
matter back to vast, primordial energy
you can never put your hands on again.

I thought I was a pacifist. Good work needs
a certain peace. Ah, then Lieserl—
we agreed, didn’t we, what to do

when she was born? So as not to undo
the future. (Who knew then if we’d ever
marry?) “How do you have her registered?”

I had to know that, at least. To be a Jew—
another strike against her. You think
it’s peace you’ve won, but sometimes

it’s only quiet, while the violence grows,
a snowball chain where you can’t see.
After the boys were born,

Lieserl would knot and twist
in my troubled stomach: this cramp.
Every day it feels as if I’m giving birth.

The doctors say drink milk and more milk.
I wanted peace, so I could think.
This is what I get.

And in Germany, Hitler rose up
like all my dreams of deformed children,
children sinking in the waves, children lost.

I note the universe goes from order to disorder,
yet it remains. With my own eye
I saw a man fall from a building

into a rubbish heap and live.
The man said he felt no downward pull,
which made me guess that we ride along

inside our own frame, you in your truth,
me in mine. Why did I have to wear socks,
then, to please you? Because of a universal

fact: mass can’t help but bend toward mass.
I like only shoes, these two boats
that keep me pretty much afloat

by themselves, an elegant sequence, like notes.
Take Mozart: his perfect symmetry
that gets where it’s going. But there has to be

someone outside the music, to listen,
for it to break the heart with joy.
Who else is left to listen to me, old enemy?

Since Elsa died, I’m down to
Chico the dog, Tinef my sailboat—
worthless thing, but a pleasure—

and this fame. If I could do it again,
I swear I’d become a plumber.
The mind can’t stand too much pure thought.

It oppresses. You oppress me
still, my dear, forever brooding.
Things ought not be all probability. This

will make you mad: I told Elsa once,
“If you (meaning her, of course)
were to recite the most beautiful poem,

it would not come close to the mushrooms
and goose cracklings you cook
for me.” Plain things, like sailing.

I can sail now like a swan. I like to be
carried along, making calculations,
but I admit, truth’s not ordinary:

it disappears as soon as you look.
It’s like catching the wind,
trying to make it bend to fit your mind.

When I was a schoolboy
in the Alps in the rain
at the razor-edge of a cliff,

among small black birds,
when I slipped
in my poor shoes and was barely

caught by a classmate—
what do you think
would be the mathematics of this?

Since a person freely falling
could go on forever,
and it’s only the sudden embrace

that holds you here,
or there, how does one
show up at the coordinates

on time? Were we at the right
place, or wrong,
my little veranda, my Dollie,

my little street urchin? We did
save each other once, I think,
and once is all there is.

from Breathing In, Breathing Out, Anhinga Press, 2003.
Reprinted with permission by the publisher.