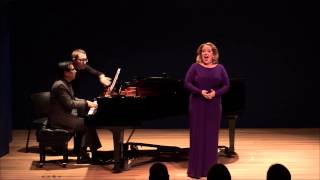 Each night on the Hawaiian island of Maui, the immense volcano Haleakala sleeps soundly by the light of moon until around three AM when several dozen tourists create an unbroken parade of headlights along the long and winding drive to the summit. The sunrise as witnessed from here was described by Mark Twain as one of the "sublimest spectacles" of his life, and what it reveals is equally remarkable.

In absolute silence above the cloud layer below, a Martian terrain of red dust and oddly-placed meteoric-looking rock plays host to a number of arcane sights: the `ahinahina (silversword) plant must have been even more alien to the ancient Hawaiians who presumably had nothing else silver in their lives. It lives for 50 years and only flowers once, then dies. Exotic birds such as petrels, honeycreepers, and the rare nene (Hawaiian goose) squawk about. At the bottom of the enormous crater, giant cinder cones rise up like something out of the old Star Trek episodes. But as the eye continues along to the east towards the town of Hana, the austerity of dust and hardened lava gives way to a scene of almost impossible beauty, a tumbling waterfall of clouds pouring endlessly over the crater's rim and dissolving into thin air.

Arcana was commissioned by the string sextet Concertante as a feature for Alexis Pia Gerlach, one of the group's cellists. It was premiered on May 14, 2009 in Harrisburg, Pennsylvania.